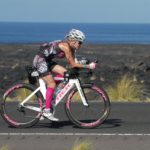 Congratulations, you’re headed to Kona! Whether it’s your first time racing on the Big Island or your tenth, you need to be prepared for what Mother Nature serves up. Ironman athletes racing in Kona are not new to the sport but may be surprised by how the Big Island winds, heat, and humidity can make a tough day even tougher! Read on for my top hydration and electrolyte tips for hot races. END_OF_DOCUMENT_TOKEN_TO_BE_REPLACED 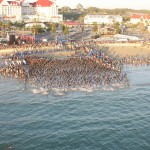 Hi, my fellow friends in sport! It’s me, Organic Cherry Pie Girl! This time I come to you with a slightly different story. This is my story about my most recent Ironman journey. This time, it happened to be Ironman South Africa. Now, to understand the beginnings of this adventure, you have to understand my attitude about life. I’m just over five feet tall and probably compensating for the lack of height with these giant adventures. I have an “OH YEAH! I’ll show them!” attitude about things. I’m also not one to take the easy way out on anything either. Yes, I have huge goals, but I don’t want to achieve them by doing a triathlon in my backyard. I have a compulsion to find success in the hardest of things. It’s a test of my will. A test of my heart. A test of my endurance. It’s my way of telling the world that when things aren’t perfect, aren’t going right – I choose to fight back! On top of that, there was a little part of me that was laughing at the idea that I was actually going to the place where they film Air Jaws for shark week. What can I say, I’m a sarcastic little thing too 🙂

END_OF_DOCUMENT_TOKEN_TO_BE_REPLACED

When are you most in your element?

When I do Ironman, I’m in mine. The long hours of training fulfill my need to be in constant motion, give me a sense of peace, and I feel a sense of accomplishment after each epic workout.

After my first three Ironman’s, Coeur d’ Alene in 2010, Lake Placid in 2011, and Arizona in 2012, I decided to spend 2013 improving my fitness. I began 2014 in good health, and continued to worked hard to strengthen my weaknesses while maintaining my strengths.

At my previous Ironman in Arizona, I’d placed sixth, largely because of some mishaps coming out of the swim. Mishaps always happen, some bigger than others, but this one really cost me and it was hard to recover emotionally. This time around, in Coeur d’Alene, my goals were simple: to get on the podium (top 5), stay in the moment, and race my own race.

Four weeks before IMCDA, I raced Raleigh 70.3. I hadn’t tapered well (intentionally) and was fighting a cold. I plowed through and kept my head up, but my workouts the next week really suffered. END_OF_DOCUMENT_TOKEN_TO_BE_REPLACED