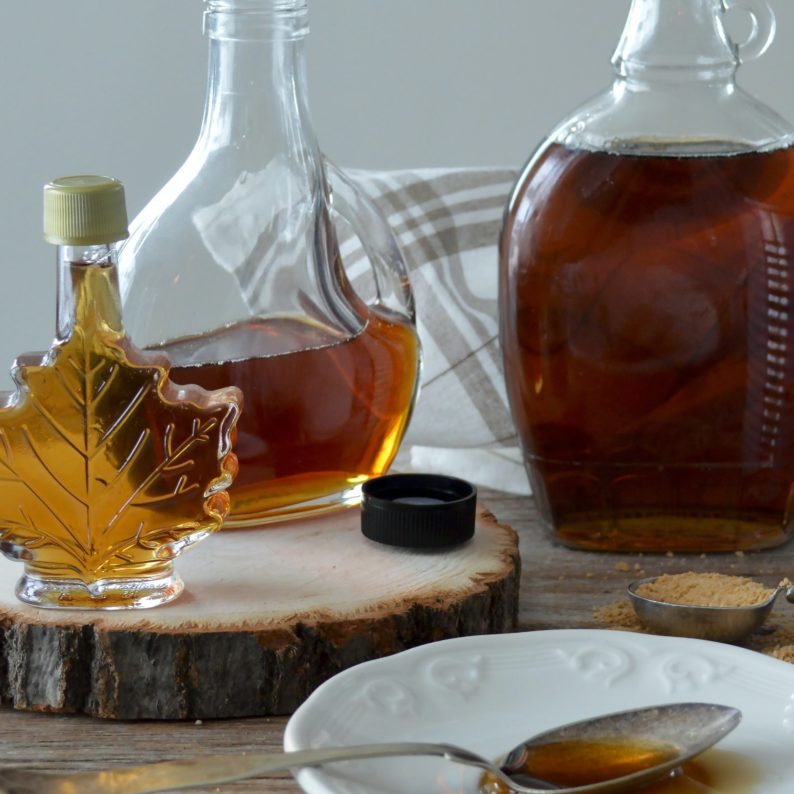 Lionel Sanders Fuels with Maple Syrup. Should You? 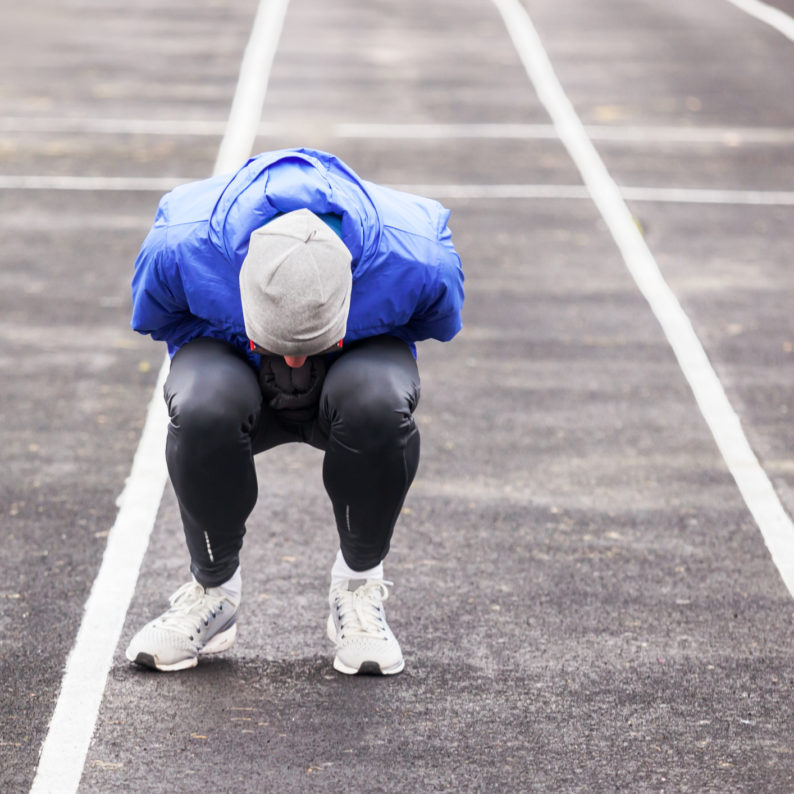 How to get through a race without pooping yourself The Athlete's Guide to Calories Burned - What the Number Really Means 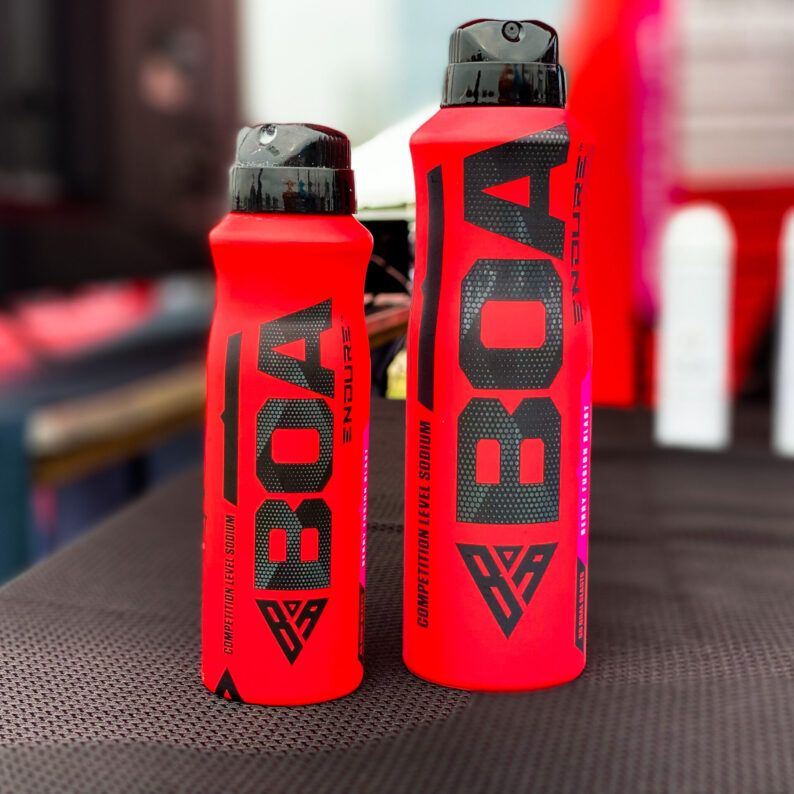 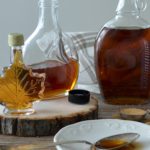 In an interview before the Ironman World Championship race, Lionel Sanders talked about his fueling strategy – which is centered around maple syrup. The video shows Sanders saying, “I really like maple syrup, I put it on my waffles, I put it on my toast….” To be clear, we are talking about real maple syrup, concentrated sap from maple trees, as opposed to artificial maple syrup, made up of high fructose corn syrup with added colors and flavoring.

END_OF_DOCUMENT_TOKEN_TO_BE_REPLACED 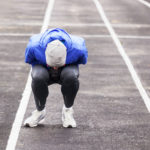 Nothing can stop you from feeling like #1 on race day—except for #2. Cramping, diarrhea, and endless port-a-potty stops will ruin race day more than almost anything else Mother Nature can serve up. But it happens to the best of us, so let’s address the elephant in the room with this complete guide to preventing a crap catastrophe at your next race.

END_OF_DOCUMENT_TOKEN_TO_BE_REPLACED 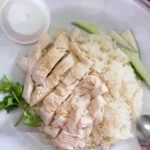 Race week is here. The long hard training hours are in the rear-view mirror; now you can sit back and relax, right? Sort of, but not exactly. The week leading up to the race includes short tune-up training sessions, prioritizing sleep, avoiding unnecessary stress, and mentally preparing to toe the line. However, this is not the time to let loose on the nutrition front, as tempting as it may be. So here is a nutritional guideline to help optimize race-day performance in the week leading up to your endurance race.

END_OF_DOCUMENT_TOKEN_TO_BE_REPLACED 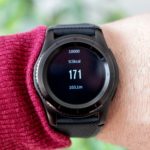 I’ve yet to meet an athlete who isn’t intrigued by the metrics reported on their sports device.  Thanks to wearable watches and technological advances, we are attuned to data such as resting heart rate, pace, wattage, sleep metrics, calories burned, etc.  Much of this data is beneficial for training and recovery purposes. However, calories burned during an activity can create confusion. So, before we jump into deciphering caloric output during training and how to use it, let’s take a step back and assess the components that affect metabolism.

END_OF_DOCUMENT_TOKEN_TO_BE_REPLACED 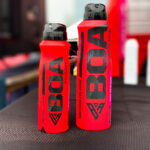 Rapid Sodium Replacement is Critical to a Smart Hydration Plan

I’m so excited to announce a new solution to the age-old problem of sodium replacement in training/racing. It’s called BOA (Blast of Optimized Actives) ENDURE.

BOA ENDURE is a fast-acting, convenient, concentrated sodium replacement for athletes in training and competition to delay the onset of fatigue by delaying dehydration.

BOA uses a novel system whereby oxygen is the compressed air that forces BOA’s unique mixture through a small valve – so that the molecules are atomized and then powerfully blasted into the mouth.

You simply spray it in your mouth, what the company calls a “BLAST,” thoroughly coating the inside of your mouth and wait about 8-10 seconds to drink or swallow. One serving is a 2-second, continuous spray that delivers 150mg of sodium.

This is where it gets good! Instead of going through the gastrointestinal (GI) tract for delayed, partial absorption, BOA is rapidly absorbed into the bloodstream up to ten times faster, so fluids consumed from the athlete’s hydration strategy can get pulled into the cells faster, therefore, delaying a decline in performance.

END_OF_DOCUMENT_TOKEN_TO_BE_REPLACED 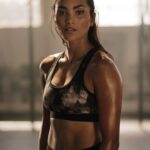 As a female athlete, have you ever wondered how you smash a track session this week but just a few weeks ago felt flat in the same session, given nutrition, sleep, and recovery remain the same?  Or do you have days when you can’t keep your hands out of the cookie jar and others when a sugary snack doesn’t cross your mind?  Or why men lose weight so much faster than women following the same diet?  The good news is you aren’t going crazy; these scenarios occur, and the menstrual cycle’s fluctuation of hormones triggers it all.

END_OF_DOCUMENT_TOKEN_TO_BE_REPLACED Athletes know that protein is critical to performance, but often miss the boat when properly implementing protein into their daily lives. Bad habits abound when it comes to protein, from dosing to sources and misunderstanding how it all works. Let’s go over the facts so you can be sure you’re getting the right amounts of protein at the right times from the right sources.

END_OF_DOCUMENT_TOKEN_TO_BE_REPLACED 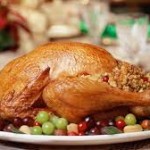 You are in the Thanksgiving buffet line plate in hand, salivating over a full spread of turkey, sweet potatoes, green beans, cranberry sauce, pumpkin pie, and yes, even wine. Your head and heart are conflicted. What do you do- dive in unapologetically or practice self-control?

END_OF_DOCUMENT_TOKEN_TO_BE_REPLACED

"I greatly exceeded my own expectations for the event and felt no fatigue after the race." —Jeff Gaura